A tale of two phones

Marlene and I got new cell phones last spring to replace our aging Samsung Galaxy S4s. We had been quite satisfied with the S4, and so the S6 was an obvious candidate for our new device. We ultimately decided against it, though, and opted to get the Sony Xperia Z3v instead. The three main features we liked about the Z3v were:

As of this writing, Samsung is taking pre-orders for the Galaxy S7. The new features promoted on their website:

Interesting that the S7 incorporates all three of the features that I thought were lacking in the S6!

Water-resistance is the feature that I want to focus on in this article. It truly sounds like a very cool idea. Given my chaotic household, I knew it was likely to come in handy. I wasn’t wrong.

Since getting my Xperia, I have used it in the rain and snow. I use it at the pool-side and when bathing the kids. It has had apple juice spilled on it… twice!

Whenever I find some mystery substance on my phone (a fairly frequent occurrence) I just run it under the tap to rinse it off. Water-resistance is great…

…when it works! And now we come to the “horrible” part. How do I know that the water-resistance of my phone hasn’t been compromised? Answer: I don’t, until I test it.

The only way to test that my phone is still water-resistant is to expose it to water, and if my test fails, my phone is fried. Hmm… Not the best scenario.

Yes, this has actually happened to me. Back in September, I dropped my phone, and the screen shattered. At the time, I had insurance coverage on the phone. I contacted the insurance company, and (for a $100 deductible fee) they sent me out a replacement immediately. I received it the next day!

And then Nora and I went swimming. I’m sure you can see where this is headed. My replacement phone was not water-resistant. Not in the least. I did submerge the phone once, a few inches under water for a few seconds, but nowhere near the 1 meter for 30 minutes claim. And it was gone. Dead.

I spent hours on the phone with the insurance company, hoping to get them to take responsibility. From my perspective, they sent me a defective replacement product. I was repeatedly told that they’d be happy to replace my waterlogged phone, for another $100 deductible fee.

After many conversations with Asurion, with Verizon, and with Sony, I finally was able to get Sony to replace my phone for free. I was without my phone for two whole weeks while they “worked on it,” but I’m pretty thankful that they were willing to do so at all. I don’t personally consider Sony the responsible party in this case.

I’m happy to report that my Xperia is fully functional now, including water-resistance. I’m somewhat nervous, though, every time it’s exposed to liquid. Is it still water-resistant?

Perhaps I shouldn’t rely on water-resistance. Maybe I should shun  water as though my phone were not water-resistant, and just be thankful if it protects me against accidental exposure. But I’d prefer not to do so.

I’ve become accustomed to the convenience of a water-resistant device. It was one of the features that first attracted me to the Z3v, and I don’t want to give it up. And yet the doubts remain… 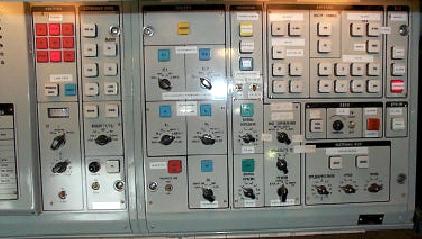 In my third year of college, during the summer of 1997, I took a 5-month internship at the NASA Glenn Research Center. At the time it was called the NASA Lewis Research Center, but it has since been renamed.

I worked in the imaging group, and one of my co-workers, Jim Simms, was the resident expert on photography and video recording. Jim’s services were requested by various researchers all over the campus, and he would occasionally bring me along to help him out. What follows is a report on my memories of one of these adventures.

I’m sitting in front of my computer, trying to make sense out of a blurry picture of ice accretion on an airplane wing, when Jim comes to get me. He tells me that he would like some help with a photography project. A scientist is doing a study on high-pressure fluid dynamics, and wants some images taken of the experiment.

Jim leads me to a stairwell that I have never noticed before. It leads down several flights, apparently underground. When we reach the end of our descent, we are in, what can best be described as, a large, dark cave.

There is very little lighting, and the far wall of the chamber is lost in shadows. The floor is a metal grate and I can’t see anything under it. I may be walking just a few inches above the ground, or I may be suspended high in the air. In this room are rows and rows of ancient computer equipment, extending as far as I can see. Most of them seem to be turned off, but a few here and there have lit displays.

We don’t venture into this electronic maze, but follow a very short flight of steps that climbs up into a crevice in the wall. When I exit the crevice into the small grotto on the other side, I see the following:

The man in the lab coat is the scientist in charge of the experiment. He talks very quickly, and I don’t understand even a quarter of what he says.

I get the impression that the pipes inject fluids of different types, at various temperatures and pressures, into a chamber, where they mix and form suspensions or colloids. This device represents years of work, on a shoestring budget, and he needs to show results soon or he may lose his funding.

The older man is apparently his assistant / stooge. The whole time that I am with them, the scientist is shouting orders and insults to this henchman.

“Not that one, you idiot, the other!”

While these two are finishing their last-minute preparations, Jim affixes his camera to a small aperture on the chamber of the pipe device. This is before the days of practical digital photography. He uses a 35mm with a long shutter extension cable.

Once everything is in order, we all receive ear protection, and then are packed, sardine-style, into the diminutive control room. The booth houses a panel with many switches, knobs, and levers, something like this:

In front of the control panel are two stools. Jim and the scientist sit here. The assistant stands immediately behind the two stools, and behind him is a small, 2-foot-square table. I huddle on the floor under this table, since there is no other place for me.

Jim hands me the shutter release button and tells me to trigger it at the exact times that he instructs me to. The experiment is very dangerous, difficult, and costly. There will be no second run. If we don’t get the images we need, then it could mean termination of the research.

The door to the booth is secured, and we all don our ear protection. The scientist pushes buttons, turns knobs, throws switches, pulls levers, and barks commands to no one in particular. All of a sudden, there is a sound as loud as a freight train filling the small chamber. The flimsy booth we inhabit shakes and rattles violently. Even with the ear protection on, the noise is all but unbearable.

The scientist continues to manipulate the controls. Jim, beside him, monitors the readings, and occasionally screams out to me, “Now … Now … Now!” On each command, I press the shutter button. I sure hope that the camera is taking pictures. I hope that I’m doing this right. I hope that I don’t lose my hearing.

The pipe apparatus screeches, moans, shudders, and wails. I sit on the floor, under my table, with my arms wrapped around my knees, spasmodically mashing the shutter release, on command. The floor beneath me shivers and shakes.

And then the noise stops. The scientist is elated. His device didn’t explode. Apparently that was a very real possibility. Jim and I collect his equipment and make our way back upstairs. I head back to my computers. Jim goes off to develop his film.

If I remember correctly, the scientist wasn’t completely satisfied with the images. They were okay, but not great. I never went back to that cave, nor did I see the scientist or his assistant again.